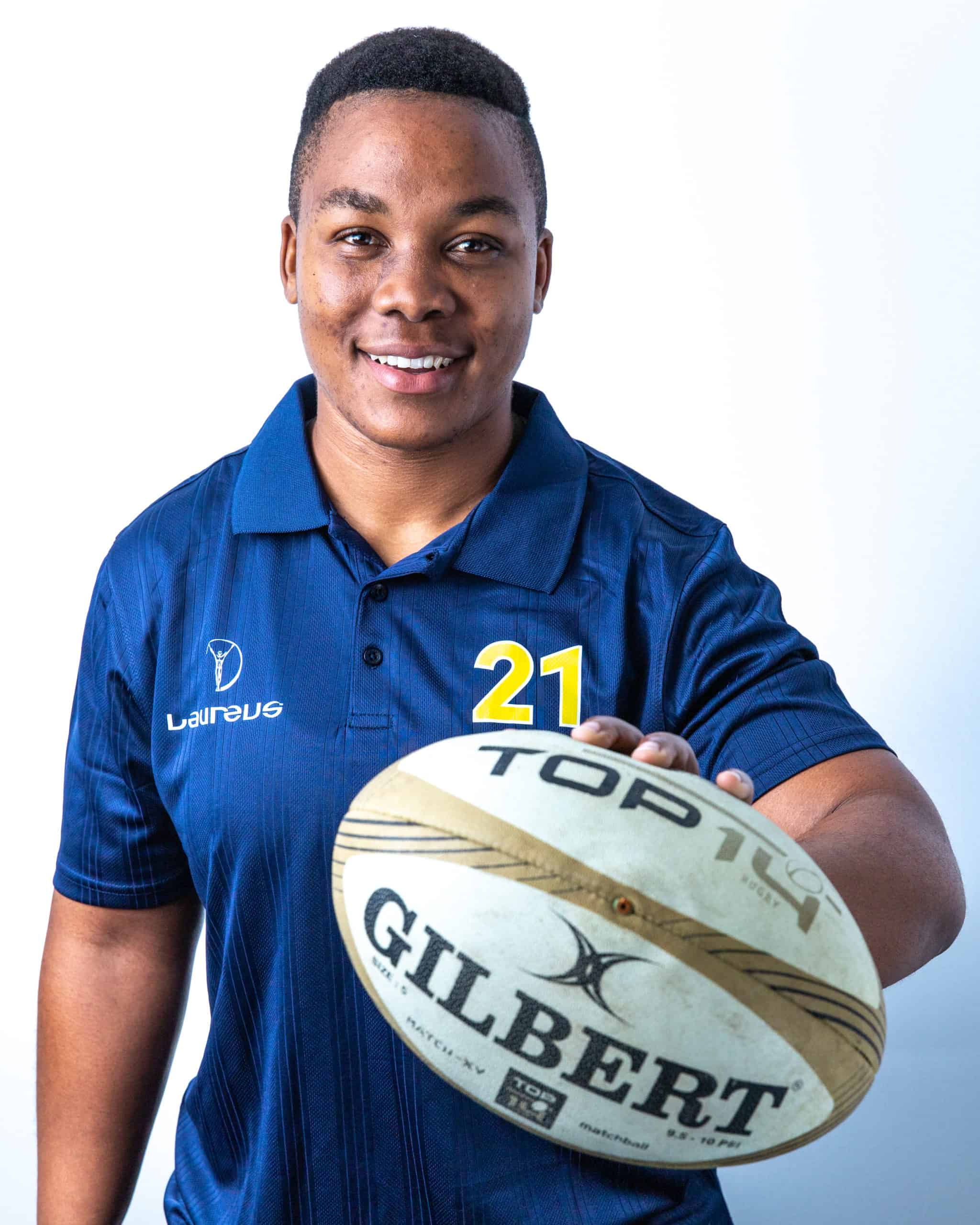 Latsha made history when she became the first African women’s rugby player to turn professional in January 2020. Born in the township of Khayelitsha in Cape Town, Latsha started playing rugby out of curiosity and completely fell in love with the game. Overcoming gender stereotypes and criticism throughout her rugby career for playing a male-dominated sport, Latsha has become a beacon of hope to many aspiring female rugby players across SA.

In 2020, after becoming the first African women’s rugby player to turn professional upon joining Spain’s Eibar Rugby Taldea, Latsha would go on to score 13 tries in seven games for her new team. She was awarded South Africa Rugby Women’s Top Achiever in 2017 and has captained her country.

Latsha joined the inaugural South African Rugby Legends Association’s (SARLA) development programme in 2014 and is actively working to promote women’s rugby. She believes a policy driven approach, focusing on grassroots rugby and empowering women in the sport, is required in order to achieve this goal.