I’m a sports reporter/broadcaster for radio and television. I work on the KFM and CapeTalk afternoon drive shows from Monday – Friday (‘The Flash Drive with Carl Wastie’ and ‘The John Maytham Drive Show’) which means – technically – my work day starts around 3pm, but as we know with sport there’s always something on the go so when there’s sport, I’m working no matter the time of day.

For television, I work SuperSport on the rugby side of things. So, from Varsity Cup to Rainbow Cup you can catch me pitchside doing the buildups, half time chats and post-match interviews with the players and coaches.

During this time, especially during 2020 when all sport was cancelled worldwide, it was tough to stay motivated, but what helps for me is that I truly love what I do and I firmly believe in the power of sport. So, it doesn’t always feel like “work”, but the days it does feel like it I go back to when I was at school and dreaming of this life and all the hard work that has gone into getting here and I think “no point in stopping now!”. A good cup of coffee and a day of binging some trashy TV shows helps as well from time to time 😉

I’ve always been a big fan of Roger Federer. His work ethic, his ability to handle the immense pressure he is under, the way he believes in himself but still constantly works on improving himself despite being one of the greatest sportsman of all time.

Closer to home, I look up to my colleagues at work – they work incredibly hard and inspire me daily. The women, especially, who came before me and blazed the trial for female sports broadcasting. They kicked down the door and now we can help keep it open for those after us.

And then, my mom (Anleen) she is the mom I hope to be to my kids one day. She made us believe anything is possible and that no dream is unreachable.

For one, make it a normal, every day thing to watch their fellow sportswomen. Treat them the same as their teammates/fellow sportsman. An example, if they post/talk about it like they would about other sportsman they admire, for the general public, it will not feel so ‘foreign’ to go support a women’s team. That’s one way, obviously being vocal about equal opportunities and salaries, using their voices in rooms where decisions are being made – YES please!

As cliche as it might sound: Be yourself, there’s no one like you. Although the technical side of a job might be the same and nailing those skills are important, what YOU bring to the table is what keeps you there. Excellence, not perfection.

It’s tough, but you are tougher and if you truly are passionate about sport and you pair that with hard work and perseverance – you’ll get there. Ask questions, job-shadow, go the extra mile, learn extra skills by studying a course or two and above all be patient. Nothing happens overnight.

You are more than enough! And it’s okay to be a little weird, as grown ups we call it “passion” and it’s good to have. It’ll take you further than you know.

To make sport more accessible in a way. It can be an intimidating environment for a new fan or someone that is not equipped with all the jargon and knowledge, but wants to be a part of it and is learning on the go. Sport has this awesome ability to bring people together and I would like that to happen daily and not just when there’s a World Cup or an Olympics on the go. One way I’d like to do it, is to tell our elite athletes stories – they have parents like all of us, they forget to do the dishes sometimes, they have dreams and fears and lives outside of their ‘job’ – make them relatable to ALL South Africans and not just the few who grew up with a specific sport in their household or whatever. Hopefully it can also inspire more kids to play sport, when they see their heroes might just be the same as them and that might be the reason they become their heroes, because they are alike. I think this part is important for me, as a woman in sport, we’ve been excluded for so long that I just want people to feel included and experience sport as it’s meant to be: for everyone. 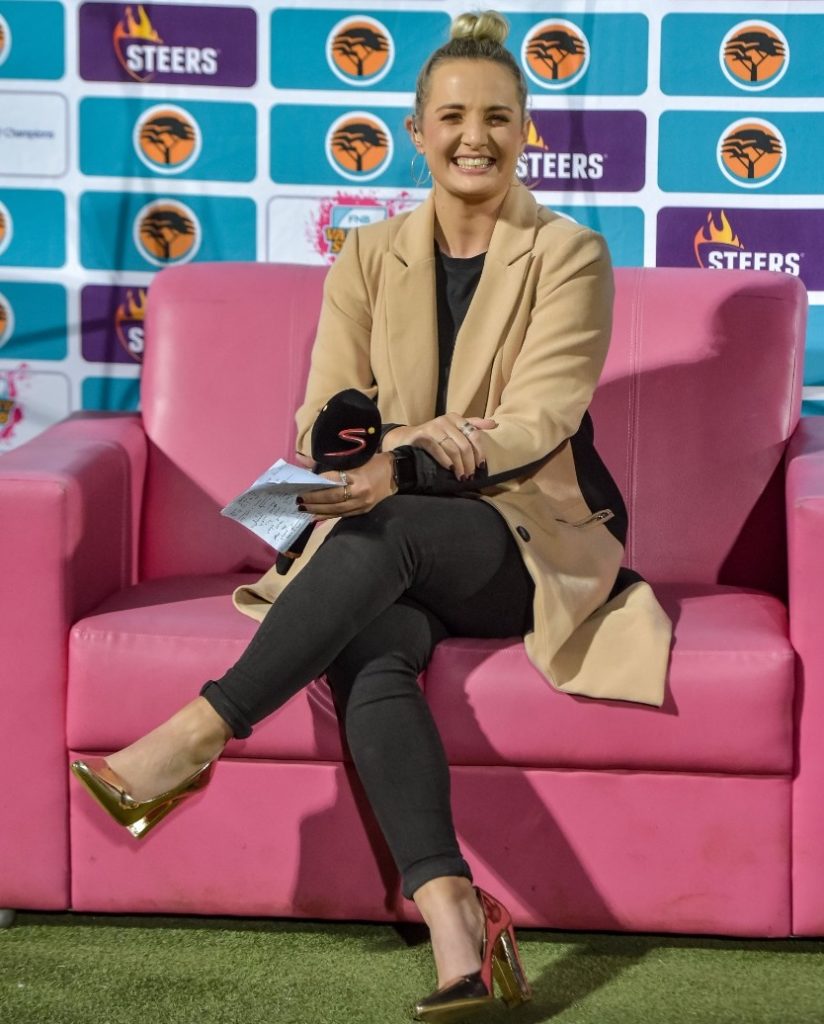