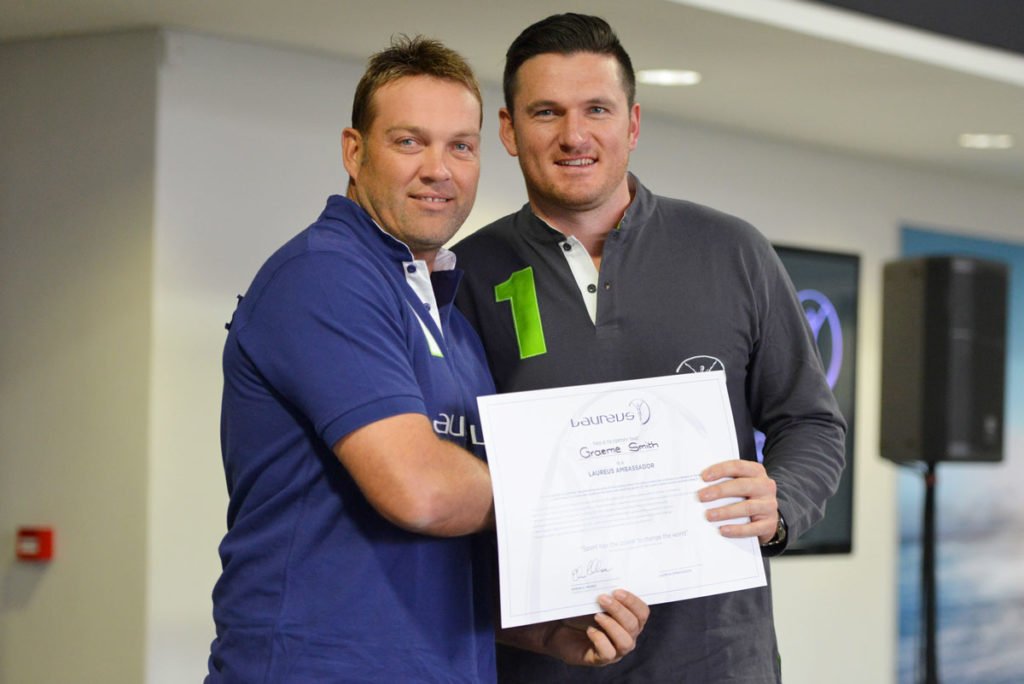 Graeme Smith, the most successful captain in South African cricket history, has been named the latest Laureus Sport for Good Foundation Ambassador, joining an impressive list of sports icons who have become members of the Laureus Family.

Smith made his debut in 2002 and was appointed captain a year later at 22 years and 82 days, making him the youngest ever. He became only the second South African to complete 9,000 runs in Test cricket and was still captain when he played his 100th Test match.

Morné du Plessis, Chairman of the Laureus Sport for Good Foundation South Africa, said: “Graeme enjoyed one of the most remarkable sporting careers as the youngest captain to represent our national team. He possesses the sort of leadership qualities that we encourage youth to aspire to, both on and off the field. We are certain he will be a great addition to the Laureus Family”.

Graeme Smith said: “Sport has always had the astounding ability to change the world and I hope that I can help Laureus achieve this by doing my bit to help uplift local communities. Laureus has instilled so much hope in communities across South Africa using sport as a tool to unite divided communities. I am both excited and honoured to work with the Foundation to help overcome these challenges.”