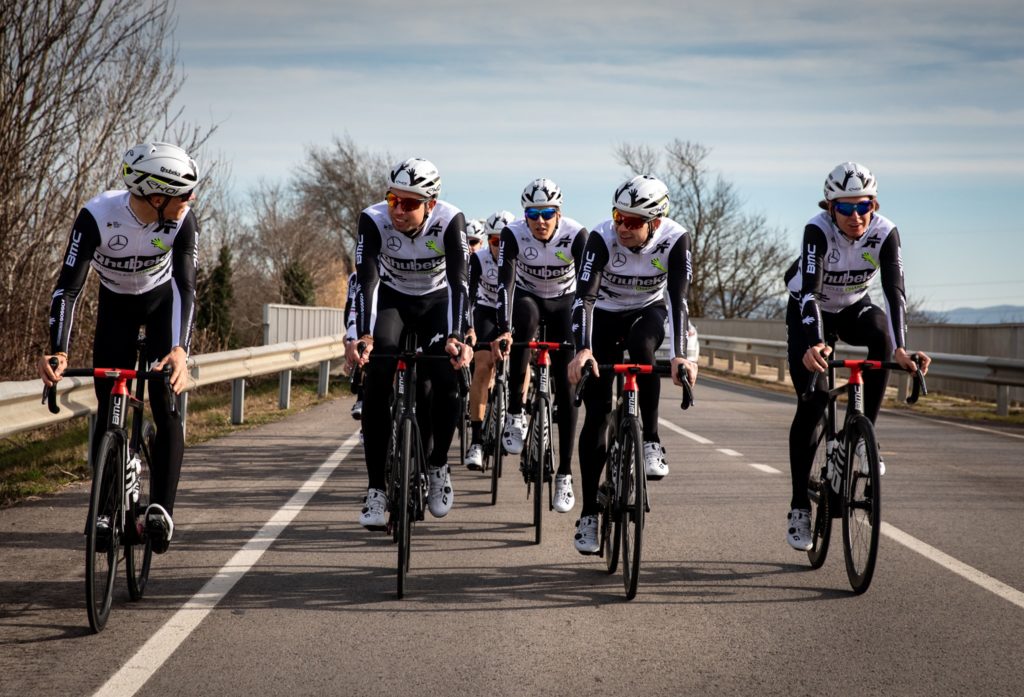 We achieved our first major win in 2013 when Gerald Ciolek won Milan-San Remo, one of the five Monuments of cycling. We have competed in six Tour de France’s and notched up seven stage wins, with Mark Cavendish wearing the coveted Yellow Jersey at the 2016 Tour de France.

We are a multicultural, diverse team with bases in South Africa, the Netherlands and Italy. There are 19 nationalities represented across our WorldTour and Continental feeder team rosters. Our focus on developing African cycling has resulted in more than 55 riders from the African continent being given the opportunity to race on the world stage, since the team’s inception.

We also race to help people to move forward with bicycles through our relationship with Qhubeka Charity. Through our work with Qhubeka, we have directly contributed to the distribution of over 30 000 bicycles in communities across South Africa.