Springboks and All Blacks Gather at Mercedes-Benz Pretoria 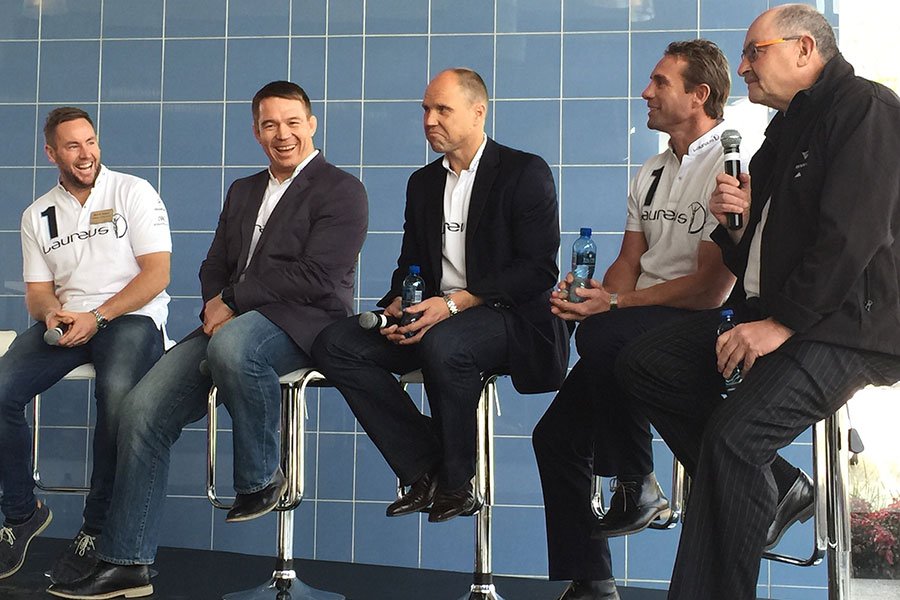 On Thursday, 23 July, just two days before the Springbok vs All Blacks test match at Ellis Park in Johannesburg, traditional rivals from each team gathered at Mercedes-Benz in Pretoria to show their support for Laureus and to voice their opinions on the big match to come.

Hosted by Mercedes-Benz Marketing Director, Selvin Govender, the informal breakfast saw legendary players from both sides and a well-known sports broadcaster from New Zealand participate in a group discussion on stage.

“I’ve seen firsthand the difference rugby and sport has made in children’s lives,” said Butch James on the work of Laureus he has seen as an Ambassador. “Seeing kids smiling, having a great time and keeping out of trouble is fantastic.”

“South African rugby is historically very similar to rugby in New Zealand,” said former All Black Justin Marshall. “We share the same passion for the game. Rugby also changed the path of my life. Growing up in a small town and potentially heading down a rocky road, rugby gave me the focus to turn my life around. Laureus is a great inspiration and shows young people what sport can do for them,” he adds.

Mercedes-Benz will invest R3 million in South African sport this year through the Laureus Sport For Good Foundation. “Corporates who become involved in social upliftment are the future,” said Morné du Plessis. “It’s not just about selling products anymore. People will develop loyalty to a brand because of good service, but corporations can also generate loyalty by demonstrating how they change people’s lives for the better.”