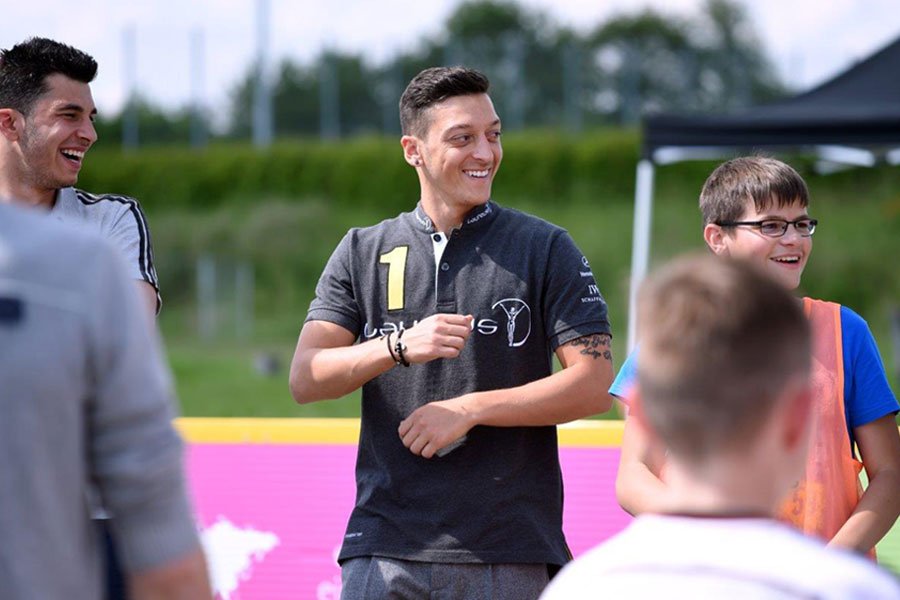 ‘There are children here from several different cultural backgrounds, but it’s obvious that they are united among nations’ – says Mesut Ozil

‘This is a classic example of how sport can make a big difference to the lives of so many young people’ – says football legend Marcel Desailly.

Ahead of the start of the European Championships in France, the Laureus Real Heroes campaign is shining a light on a football projects improving.

From helping young people in the poorest slums of Nairobi towards an education to bringing young people from different countries and cultures together in Germany, the Laureus Real Heroes are making a difference and improving the lives of young people through sport.

The Laureus-supported Mathare Youth Sports Association (MYSA) project uses football to give youth a sporting chance and creating HIV awareness in the slums of Nairobi. The first project Laureus ever supported, MYSA engages with young people through football and helps educate them on a range of issues including health and wellbeing alongside assistance with schoolwork.

Our Laureus Real Hero from MYSA is Bethwell Mysanga Mjiru Cantona, now a coach with the organisation. Bethwell first visited MYSA as a young boy, and has grown up with a football at his feet within MYSA. While his friends were getting involved in troubles, Bethwell focused on football and he believes the sport has been his saviour. “Soccer saved me,” says Bethwell. “If it wasn’t for sport, I would be dead today. I’ve buried most of my friends who didn’t get involved in sports.” 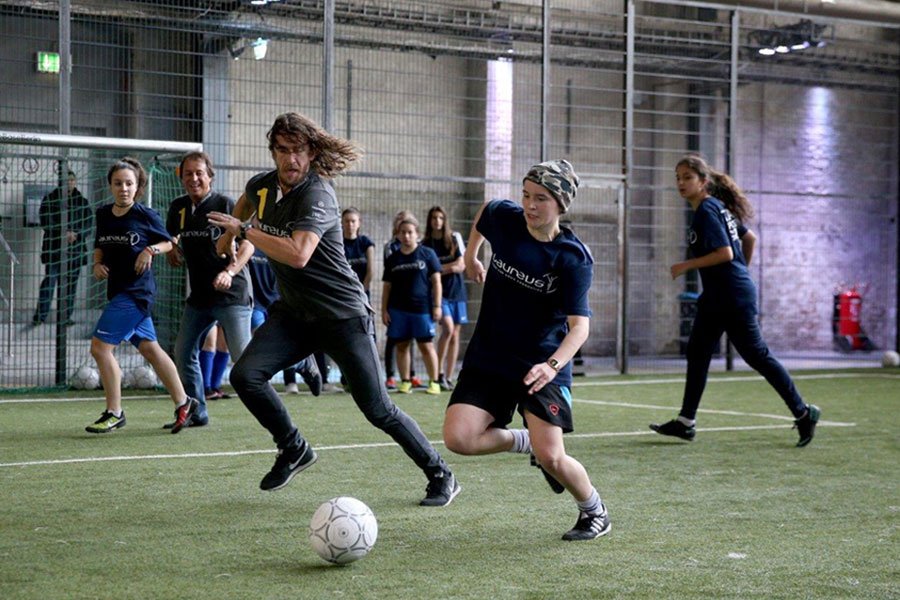 French world cup winner Marcel Desailly, who spent the day with Bethwell during a visit to Mathare, was emotional when reflecting on his time at MYSA. “As a footballer myself, I have been overwhelmed by what I have seen,” he said. “It gave me so much pleasure to be able to kick a ball around with some of the kids from the project. This is a classic example of how sport can make a big difference to the lives of so many young people.”

Arsenal and Germany’s midfield star who is well-known for his assists on the football pitch, met Marcel Mautz and Sebastian Fritz, two leaders at the KICKFORMORE project in Stuttgart. Both Marcel and Sebastian were lacked confidence and self-esteem before joining the project, today they are role models for the youngsters at KICKFORMORE.

After spending the day with Marcel, Sebastian and other young people from KICKFORMORE, Laureus Ambassador Özil commented: “There are children here from several different cultural backgrounds, but it’s obvious that they are all united among nations and that it works out well. Sport, in my case football, has changed my life and influenced me positively. I am eager to give something back.”

We also feature the story of Lara Wagner, who dreamed of sharing the same pitch as her idols Jens Lehmann, Carles Puyol and Raul. “I thought it was only possible to play against them on a games console,” she said. During a Laureus visit, the football legends were inspired by the Kicking Girls programme which aims to empower young women and girls through football.

“It’s fantastic to see children’s eyes when they are smiling and having fun when they’re playing football,” said Laureus Ambassador Jens Lehmann.