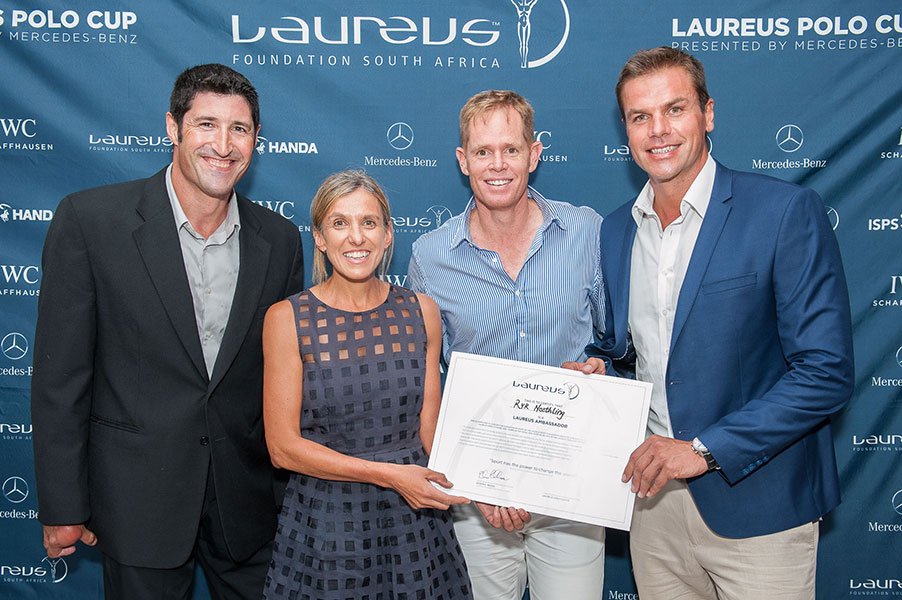 Former South African swimmer and Olympic gold medalist, Ryk Neethling has been named the latest Laureus Sport for Good Foundation Ambassador joining an impressive list of sports icons who are a part the Laureus Family. The announcement was made at the inaugural Laureus Polo Cup hosted at Val de Vie Estate over the weekend.

“It’s a massive honor for me to be named a Laureus ambassador – on par with the privilege of being an Olympian. Not every Olympic gold medalist is invited to become part of this elite organisation. It shows that you’ve achieved more than just a win but have done something significant with it, and it is my goal to use my influence for good.” explains Ryk Neethling.

Ryk joins a remarkable list of current and former sportsmen and women around the world who support and promote the Laureus Sport for Good Foundation. Ambassadors volunteer their time to work for the Foundation whose mission is to use sport as a means to combat some of the world’s toughest social challenges facing young people today, such as juvenile crime, gangs, HIV/AIDS, discrimination, social exclusion, lack of education, landmine awareness and health problems such as obesity. Since its inception Laureus has raised over €85 million to improve the lives of millions of young people and has supported  more than 150 community sports projects in 35 countries.