Laureus Ambassadors, Team Dimension Data for Qhubeka, did their part for Mandela Day 2017 as they sought to raise global awareness for the charity at the world’s biggest cycling race.

As thousands lined the roads for stage 16 of the race from Le Puy-en-Velay to Romans-sur-Isère there was the added element of the entire team donning Qhubeka t-shirts with the motto ‘Bicycles Change Lives’ making a statement. The inflatable Qhubeka ‘hands’ were prominent throughout the day to go with a healthy number of South African flags. 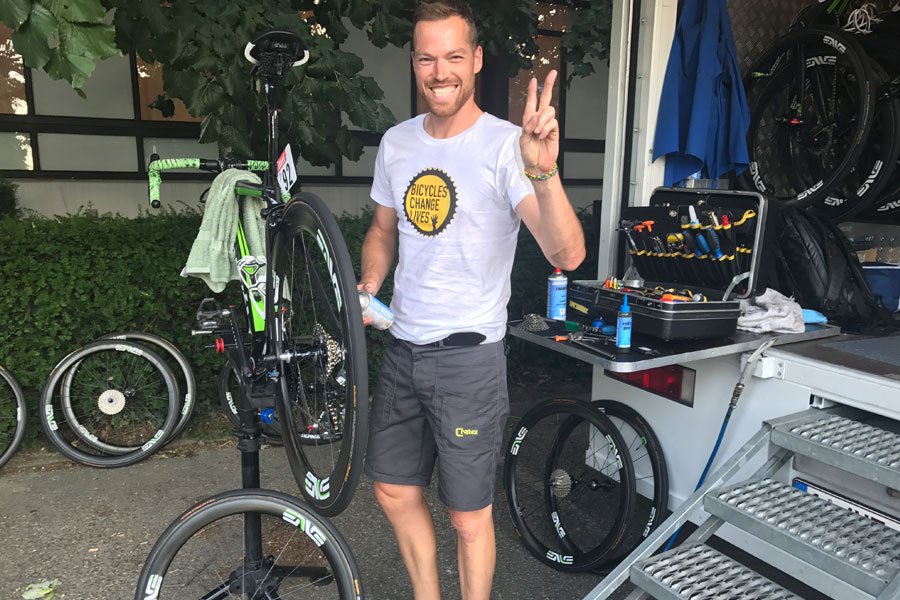 On flat stage featuring a highly technical finish, Team Dimension Data looked to have put Edvald Boasson Hagen in the perfect position to make it the perfect day and emulate Steve Cummings epic ride in 2015. But unfortunately, for a second time in this race, he was beaten on the line, this time by Michael Mathews of Sunweb claiming the stage victory.

Team principal Doug Ryder said: “It’s fantastic for our team to be at the Tour de France to race for an icon like that (Nelson Mandela). Mandela Day defined us (as a team), it was our first stage win in our first Tour de France so it’s a stage that we will always be motivated to do something in.”

Despite finishing second a disappointed Boasson Hagen also rued the missed opportunity: “It is a big day, it would have been really nice to win today and bring even more publicity to it.” 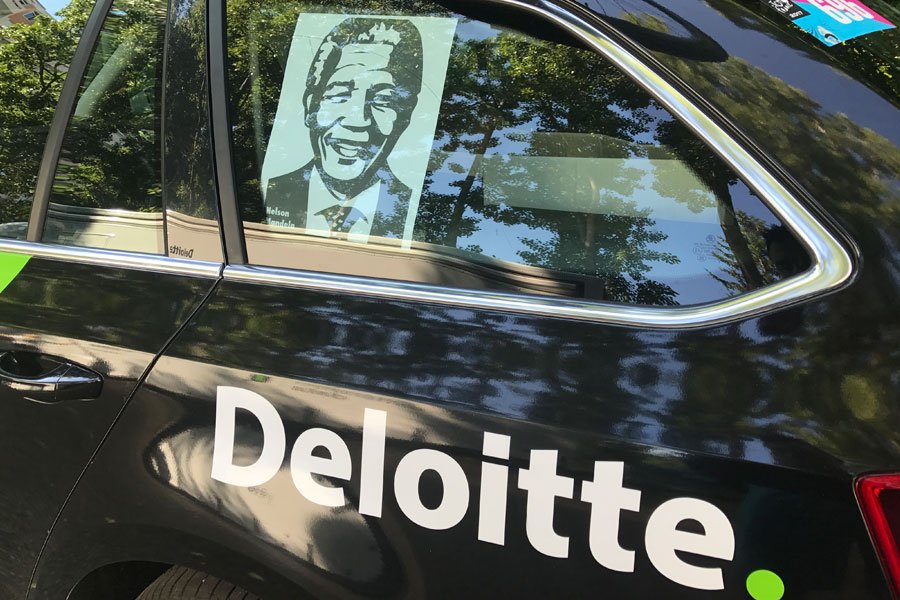 While his ‘lead-out’ man, South African champion Reinhardt Janse van Rensburg, says it was a day of mixed emotions: “(It was) Big significance being Mandela Day so we were really motivated to make it work today. A close second place so it’s a little bittersweet but that’s how it goes.”

You can stay up to date with Team Dimension Data for Qhubeka via the #TDFVoiceNote as we spend the final week of the tour embedded with the team.