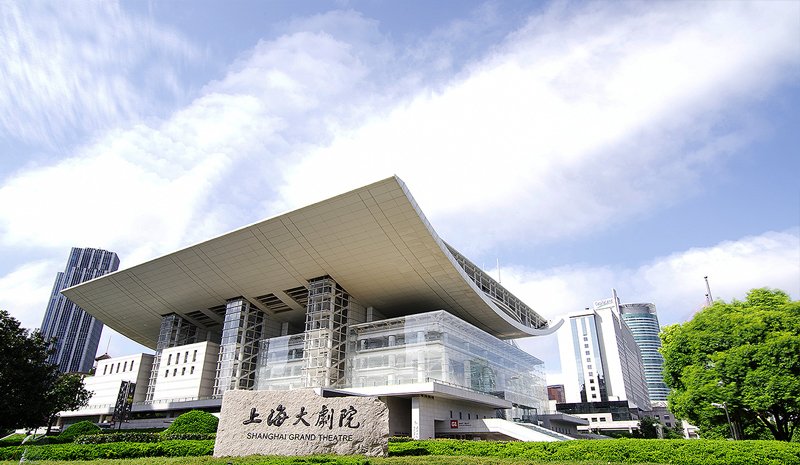 The Laureus World Sports Awards, the premier honours event in the international sporting calendar, is to be held at the world-famous Grand Theatre, Shanghai, on the evening of Wednesday, April 15.

Dr Edwin Moses, Chairman of the Laureus World Sports Academy, a group of the greatest living legends of sport, said: “Having seen the Grand Theatre I think we can promise that this is going to be a Laureus Awards to remember, one of the finest. This is the first time the Awards has been held in China, an exciting new development for us, so I am delighted that the Awards Ceremony will take place in such a celebrated and iconic venue.”

The globally televised Awards Ceremony, attended by many legends of sport past and present, will celebrate the achievements of the greatest sportsmen and sportswomen of the year. The Laureus World Sports Awards will be supported by Chinese textile and wool company HengYuanXiang Group (HYX), the Host Partner of the 2015 Laureus World Sports Awards, and will receive the strong support of the Shanghai Municipal Government.

Since it opened in August 1998, the Grand Theatre has staged over 6,000 performances of operas, musicals, ballets, symphonies, chamber music concerts and theatrical plays and is the home of the Shanghai Opera House Company. Sited to the north of the People’s Square, it is one of the landmarks of Shanghai. Designed by French architects ARTE Charpentier, when night falls the lights of the glass fronted building create a dazzling vista.

Edwin Moses said: “My fellow Academy Members and I are delighted that the 2015 Laureus Awards will be held in Shanghai, an exhilarating and vibrant city and I would like to thank the HengYuanXiang Group and the Shanghai Government for their support in making this possible. Laureus is much more than an Awards Ceremony. As our first Patron Nelson Mandela said ‘Sport has the power to change the world’ and it can change people’s lives for the better. We will be using the 2015 Awards to send that message from Shanghai around China and the world to show how sport can make a difference to the lives of every one of us. Laureus has been working in Shanghai for many years and now that we are working together I know this will give us the chance to expand our work here significantly.”

HYX Group General Manager Mr Chen Zhongwei presented his best wishes for the event to be held in the Grand Theatre. He said: “2015 marks the Chinese Year of Sheep. In Chinese culture, the sheep symbolizes good luck, which is the best greeting for the 2015 Laureus World Sports Awards, the first such event in China. The Grand Theatre is a landmark in Shanghai, where all the guests and audience will be impressed by its exquisite beauty. As an international metropolis, Shanghai has been known for its ‘Shanghai Style’ across the world. And this debut of Laureus in China should no doubt take advantage of the geographical strength of Shanghai.

“As the Host Partner of the Laureus World Sports Awards, HYX will show our enthusiasm and experience in successfully sponsoring sports events, so that the co-operation between the two parties will be a valuable combination. This is what is called ‘harmony’ in China. We truly believe that this will be the most representative and unforgettable Laureus World Sports Awards Ceremony in its history, when all the sports stars and those loving sport will shine in the city together.”

Since their inception, three Laureus World Sports Awards have been won by Chinese athletes: Houston Rockets’ basketball legend Yao Ming was named Laureus Newcomer of the Year in 2003; two years later it was the turn of Liu Xiang, the great 110 metres hurdler who won China’s first ever gold medal in track and field, in the Athens Olympics in 2004; and following the highly successful Beijing Olympic Games, the Chinese Olympic Team received the Laureus World Team of the Year Award.

Shanghai, one of China’s most iconic travel destinations and one of the most spectacular cities on Earth, is a perfect location for the 2015 Laureus World Sports Awards. A popular tourist destination renowned for its historical landmarks, such as The Bund, City God Temple and Yu Garden, as well as the dramatic Lujiazui skyline, it is a showcase for the booming economy of China. Shanghai mixes old world charm with a modern and vibrant city, perfectly blending the past and present. Shanghai annually hosts some of the biggest sports events in the world, including the Formula One Chinese Grand Prix and the IAAF Shanghai Diamond League meeting.

Enjoying a long-standing reputation in China, HYX is a leading force in the textile and garment industry. In recent years HYX has evolved into a modern enterprise developing its own unique ‘brand and culture’, through brands like ‘HYX’, ‘Fazeya’ and ‘Nanonan’. For many years, HYX has actively focused on sport and been a partner in sports events like football, basketball, gymnastics and marathon. In December 2005, HYX became the first non-sports textile and costume sponsor in the history of the Olympics and three years later became the first partner of the Chinese Olympic Committee, customizing the Olympic kit for Chinese athletes.

The ‘Eternal Love’ programme, co-founded by HYX and the China Children and Teenagers’ Foundation, has won the China Charity Award twice, being honoured as the No.1 activity for caring for orphaned and disabled children in China. Also, the ‘HYX Literature Star High School Students’ Writing Contest’ has become the most influential event of its kind, attracting the largest number of contestants. In 1997 and 2007 HYX supported the ‘10,000 Teenagers’ Recreational and Sports Activities’ event in Tiananmen Square, in Beijing, China, in the hope of promoting the health of teenagers. For a long time, HYX has been an active partner in sports events like football, basketball, gymnastics and marathon.

Members of the Laureus World Sports Academy volunteer their time to act as global ambassadors for the Laureus Sport for Good Foundation, whose mission is to use sport as the means to combat some of the world’s toughest social challenges facing young people today such as juvenile crime, gangs, HIV/AIDS, discrimination, social exclusion, landmines awareness and health problems such as obesity.

Laureus now features a new-look website, which is the online home of the 2015 Laureus World Sports Awards Shanghai and the Laureus Sport for Good Foundation, featuring a new design, fully optimized for mobile and tablet, with a dual language capability that lets you switch between English and Chinese at the click of a button. The website is packed with exclusive content, including all the breaking Laureus news, a look back at 15 years of Awards history, videos and interviews from Laureus Foundation project visits and much more.