Laureus Supporters’ Club member Marieta Dercksen is the lucky winner of a brand-new Mercedes-Benz A200 Sedan, valued at over R600 000!

The Laureus Sport for Good Foundation Supporters’ Club launched in June 2020 and offered the public the opportunity to actively participate in change. For a small once-off or monthly donation, supporters of the club could become a part of the sport for development movement and make a difference whilst standing the chance of winning a Mercedes-Benz.

The competition ran from June to December with over 5000 supporters signing up as either once-off or monthly donors.

The world still finds itself in the middle of the COVID-19 crisis which affects people from all backgrounds. But the sad reality is that many community organisations currently face the threat of closure – potentially leaving many children and young people without safe and inclusive spaces for help and support, and at an increased risk of exposure to violence, sexual abuse, exploitation, and challenges to their mental health. The donations from the Supporters’ Club will go a long way in assisting programmes in continuing to serve their communities now and tomorrow.

Mercedes-Benz South Africa has been a proud partner of the Laureus Sport for Good Foundation since its inception and extended their partnership to work together in providing the prize for the one lucky supporter.

Said Marieta, “It is a huge honour to play a small part in supporting the enormous work of Laureus and the Laureus Sport for Good Foundation. I am in awe of the incredible love and generosity of spirit that goes into changing the trajectory of children’s lives in South Africa and all around the world. Thank you for inviting us to be a part of the Laureus journey, you have a supporter for life in me!”

Being able to launch a Supporters’ Club with a prize valued at over R600 000 set us apart and made it so much more appealing to potential donors.

COVID has made it difficult for us to continue doing things the way we are used to, but our long and short-term goals remain the same, and that is to be a leader in the field of sport and social change. We are not the only organisation working in this field, but since Laureus has become active in the arena of sport for development, and social change we have partnered with many other organisations and will continue to do so to promote sport as a change agent in young peoples’ lives. That was the goal at the beginning, 20 years ago, and that remains steadfastly the same. We would like to thank the Supporters’ and all our commercial partners for believing in our movement, long may we be able to do what we do, initiating change.

The Supporters’ Club drive has concluded for now, with plans in the pipeline for an event bigger, better experience and Club being launched later in 2021. 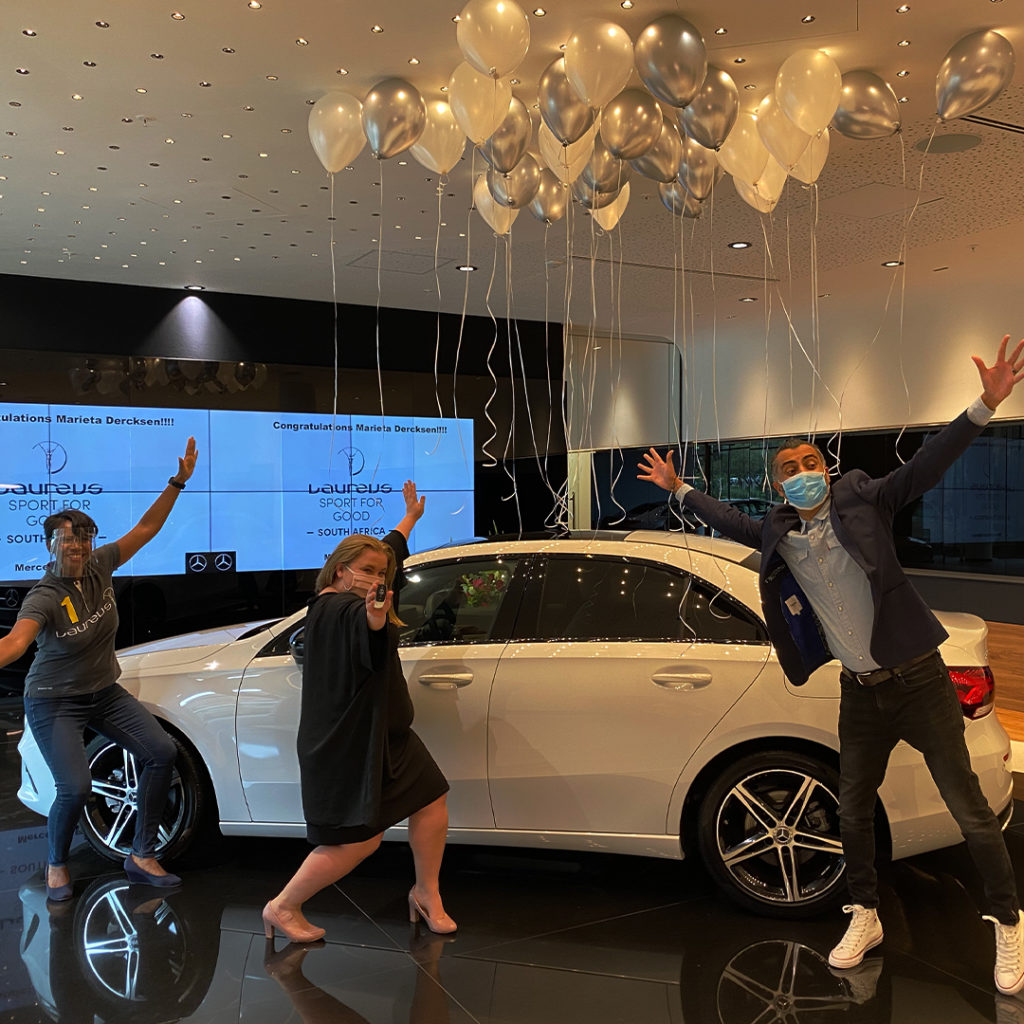