Former Springbok captain, Corné Krige, has been named the latest Laureus Sport for Good Foundation ambassador joining an illustrious list of sports icons who are part of the Laureus Family.

The announcement was made yesterday during a special Laureus surfing themed roadshow at the new Laureus-funded Waves for Change project in East London.

Krige made his Western Province debut in 1996 and eventually went on to captain the side, leading the team to back-to-back Absa Currie Cup titles in 2000 and 2001. He was clearly a man destined to lead, as he captained his high school First XV, every single WP representative side from Under-13 to senior level, as well as the Stormers and finally the pinnacle of his career, the Springboks. 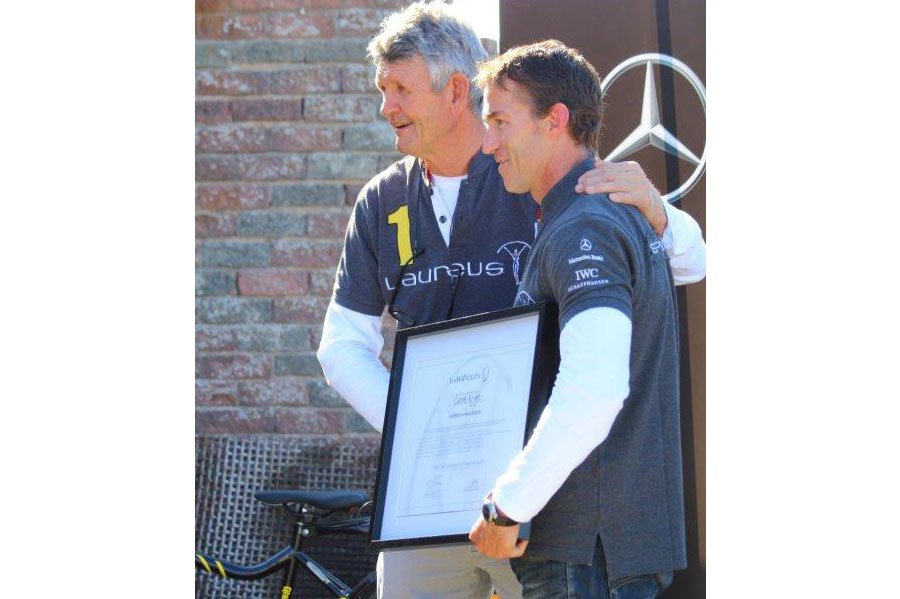 Nicknamed ‘Captain Courageous’ for his ability to play on despite looking like he’d just walked off a battlefield, Krige’s Test debut came in 1999 after recovering from career-threatening knee and hand injuries. He captained the Springboks on his test debut in a 101–0 victory over Italy in Durban. Krige appeared in 39 tests for South Africa, became the full-time captain in 2002 and captained the Boks 18 times in all, before his international retirement in January 2004.

Chairperson of the Laureus Sport for Good Foundation SA, Morné du Plessis, said: “We are really excited to welcome Corné to the Laureus stable. Corné showcases the characteristics of a true sportsman both on and off the field, which is what we at Laureus aim to teach in communities across South Africa.  He a leader through and through and I am certain that his knowledge and leadership traits will be a valuable asset not only to Laureus but to the youth that we strive to uplift on a daily basis. Welcome, Corné, we look forward to a long and promising partnership!”

“It’s a massive honor for me to join the Laureus Family. I look forward to assisting them in the great work they do to uplift the youth in South Africa and around the world. I am truly humbled that they have chosen me to join such an illustrious group of ambassadors,” said an elated Krige.

Krige joins a remarkable list of current and former sportsmen and women around the world who support and promote the Laureus Sport for Good Foundation.

Ambassadors volunteer their time to work for the Foundation whose mission is to use sport as a means to combat some of the world’s toughest social challenges facing young people today, such as juvenile crime, gangs, HIV/AIDS, discrimination, social exclusion, lack of education, landmine awareness and health problems such as obesity.

Since its inception, Laureus has raised over €100 million for projects which have helped to improve the lives of millions of young people.