The announcement was made earlier today at the Mercedes-Benz & Laureus Sport For Good breakfast series hosted at Mercedes-Benz Umhlanga.

Raised in the rural land of Harding in Kwa-Zulu Natal, Amanda has achieved what most young people in the rural areas can only dream of. Her first encounter with soccer was at the age of 11 as a spectator of informal games played in the township of Harding, she was later promoted from spectator to being the only girl on the team and she never looked back.

Amanda worked hard towards achieving her dream of playing in the women’s national team which came true in 2007 and she went on to Captain the team from 2010 – 2013.

She retired from Banyana Banyana earlier in 2018 after an illustrious career spanning 11 years where she earned 105 caps.

Amanda is passionate about empowering the youth and helping them realise their potential. When she isn’t on the field playing football she gives motivational talks to the youth and continues her work with the Amanda Dlamini Girls Foundation.

The Amanda Dlamini Girls Foundation mission is to inspire young girls to make their dreams come true irrespective of their backgrounds and circumstances, by creating an enabling environment that will allow them to be empowered through the use of sports and educational life skills.

Chairperson of the Laureus Sport for Good Foundation SA, Morné du Plessis, “We would like to officially welcome Amanda to the Laureus family. Amanda has all the traits and qualities needed to be an Ambassador and we look forward to working with her closely, and having the children and youth in our programmes interact with her and benefit from her infectious energy and positive outlook on life. Amanda defied the odds, which makes her perfectly placed to motivate others across communities.”

“It’s a huge honour for me to join this esteemed group of athletes from across the world as a Laureus Ambassador. I am really looking forward to assisting them with the meaningful work that they do with the youth in communities across South Africa. The Laureus philosophy aligns perfectly with my mission for the Amanda Dlamini Girls Foundation which will create many opportunities to work together going forward,” said a very proud Dlamini.

Laureus Ambassadors are a select group of both current and retired sportsmen and women who have achieved sporting greatness or made significant contributions to the sporting community during their careers. They are recognised as role models and icons of success and have volunteered their services to support the work of Laureus Sport for Good.

Ambassadors volunteer their time to work for the Foundation whose mission is to use sport as a means to combat some of the world’s toughest social challenges facing young people today, such as juvenile crime, gangs, HIV/AIDS, discrimination, social exclusion, lack of education, landmine awareness and health problems such as obesity.

Since its inception,  Laureus has raised over €100 million for projects internationally which has helped to improve the lives of millions of young people. 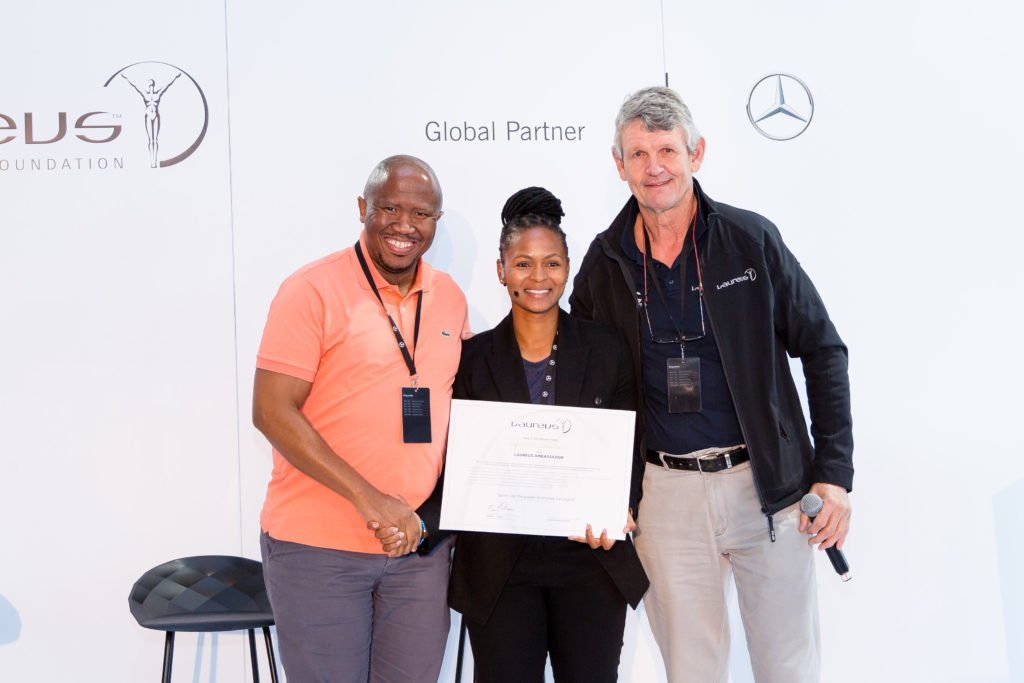