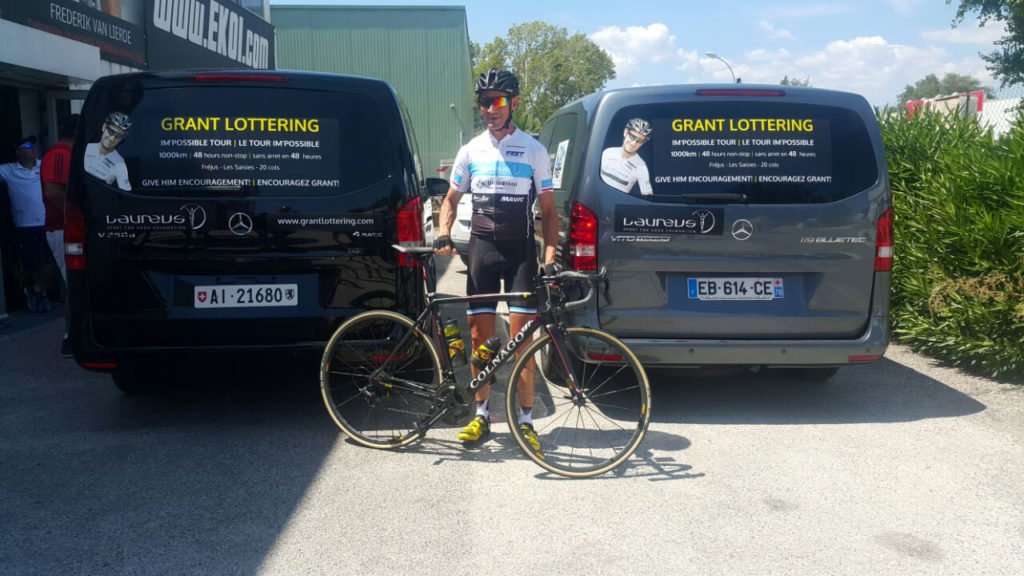 ‘Miracle Man’ Grant Lottering does the impossible in the French Alps, completing the grueling solo, non-stop ride of 962km, including 19 410m of climbing, in 46 hours and 17 minutes!

On 4 August 2016, Grant Lottering, South African survivor, speaker and ultra-endurance cyclist, achieved his goal of riding 1 000km through the French Alps in less than 48 hours. Starting in Frëjus near Cannes in France, Lottering completed the grueling solo, non-stop ride at Les Saises Ski Resort (one hour from Geneva) with a ride time of 46 hours 17 minutes and a total lapsed time of 50 hours and 40 minutes. Lottering climbed 20 mountains in this epic journey with a total elevation of 19 410m.

“I am overwhelmed by exhaustion, emotion and a profound sense of gratitude to everyone who believed that I could achieve the Im’Possible III,” says Lottering. “Without your support, and the knowledge that all the funds raised are going to the Laureus Sports for Good Foundation, I would never have been able to complete this incredible journey.”

In 2013, Lottering was told that he would never cycle again after suffering a near-fatal cycling accident in a race in the Italian Alps, but this has only encouraged him to push himself even further. “While still in hospital after my accident in 2013, I promised myself that I would be back in one year to finish the race I had started. After six surgeries and close to 100 rehabilitation sessions, I was back on the bike for the first Im’Possible Tour in 2014,” he says. 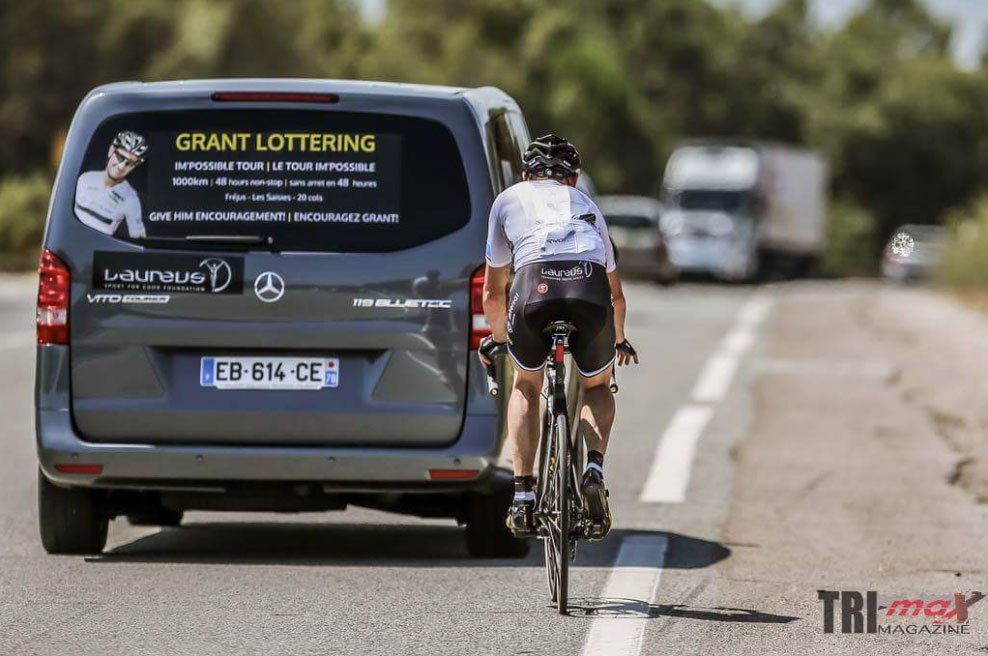 The second Im’Possible Tour took place in 2015, in which Lottering became the first South African to attempt to complete a solo, non-stop 420km ultra-endurance ride through the French Alps in 24 hours. Now, he can add a third Im’Possible Tour and another record to his name. 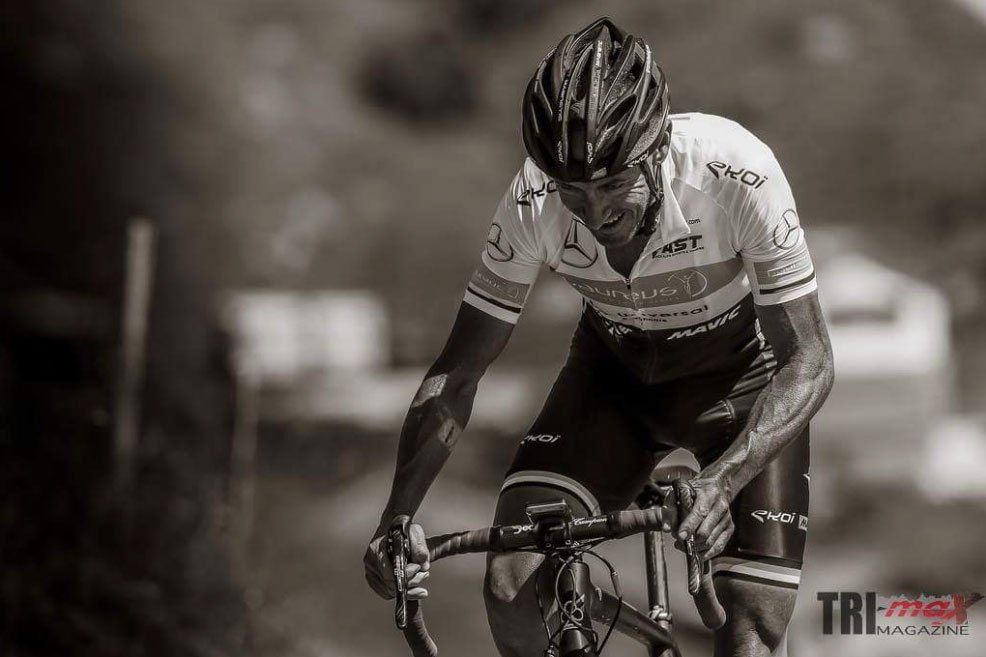 Throughout the ride, Lottering was followed by a film crew, two support cars and a support team of nine people. “Grant having to ride consecutively for two days and two nights with no time for sleep took this challenge to the next level,” comments Glenn Lottering, brother and member of the support crew. “The support team goes through an emotional roller coaster in their own way and ended up being sleep deprived for the 50 hours as well. It was however, an honour to support him on this journey and I feel immensely proud of his achievement today,” he adds.

Lottering rode as a Laureus Ambassador to raise funds for the Laureus Sport for Good Foundation, which uses sport to nurture and develop underprivileged youth in their communities. For this tour, Lottering raised over R1.3 million for the foundation.

“Every Im’possible Tour is about pushing our personal boundaries of what’s possible if we believe, and this one was the toughest yet,” says Lottering, “but it’s not only about challenging myself, it’s about having an opportunity to change the lives of young people through sport.”

Laureus Sport for Good Foundation South Africa Chairman, Morné du Plessis, comments, “On behalf of Laureus, I would like to congratulate Grant on this remarkable achievement. We are so blessed to call Grant an ambassador – sheer determination and pure humility. We are truly thankful to Grant for not only raising funds for our Foundation, but raising awareness around our cause.” 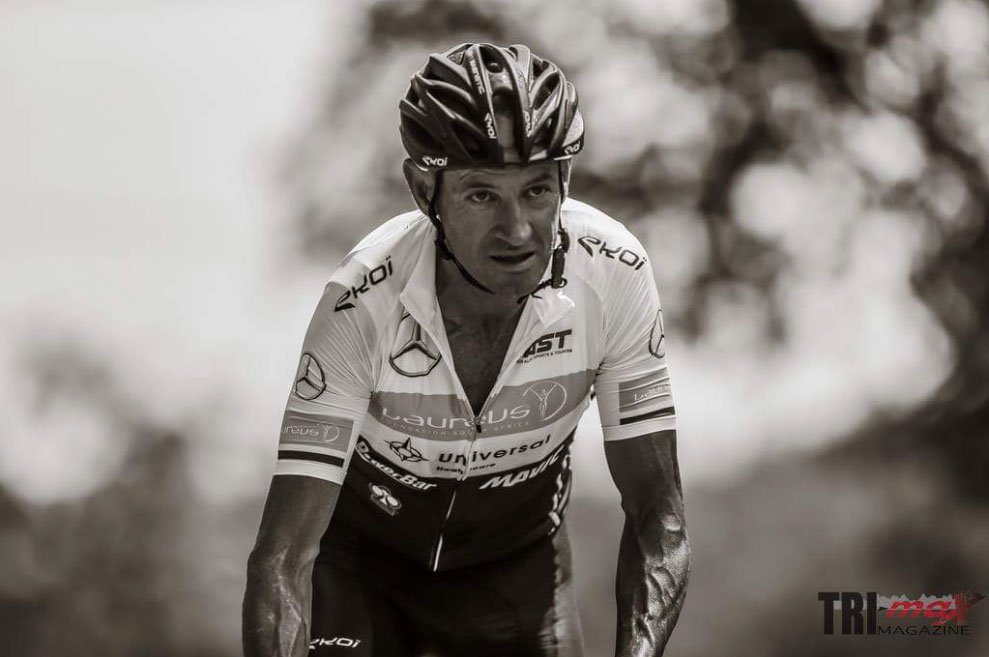 Lottering received thousands of messages of encouragement from as far as Canada and the USA. He has become an inspirational figure, addressing audiences world-wide and touching the lives of thousands of people. Lottering adds: “Riding a section of the route in memory of Burry Stander (who passed away in an accident involving a taxi during a training ride in Shelly Beach on 3 January 2013) made this Im’Possible Tour extra special to me.”

A tired but triumphant Lottering concludes his Im’Possible Tour III by encouraging us all to extend ourselves: “I believe we have all been blessed with unlimited potential. Set your own goals and don’t let others cast doubt on what you know you can achieve. With proper planning, focus, and belief in yourself, you can do anything you set your mind to!”